The NT Government launched the Aboriginal Justice Agreement in Darwin on 9 August 2021 with a commitment of $4.52 million for the first year of operations.

Traditional Owner Aunty Bilawarra Lee welcomed guests to country in the George Brown Darwin Botanic Gardens. Master of Ceremonies Charlie King spoke about the work of the Aboriginal Justice unit since 2017 to consult Aboriginal people throughout the Territory.

On the day, about 70 groups and individuals also became signatories to the AJA to show their backing for the Agreement’s vision, aims and principles.

Actions from the Agreement are strongly focused on community-level initiatives including supporting and establishing local law and justice groups, re-introducing community courts, continuing alternatives to custody and redesigning and expanding access to programs that address the root causes of offending. 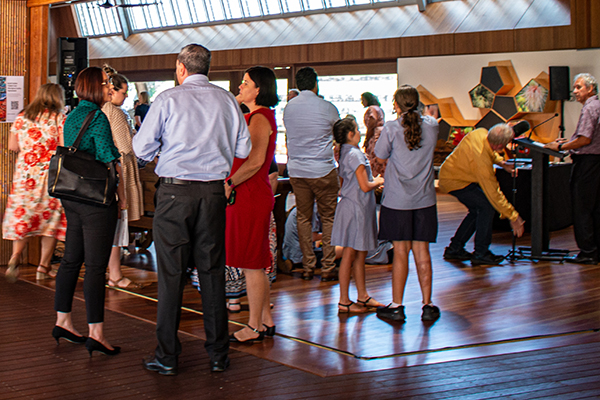 Guests at the signing of the Aboriginal Justice Agreement. 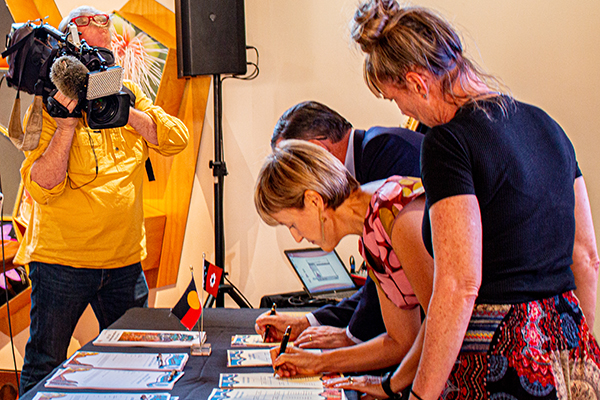 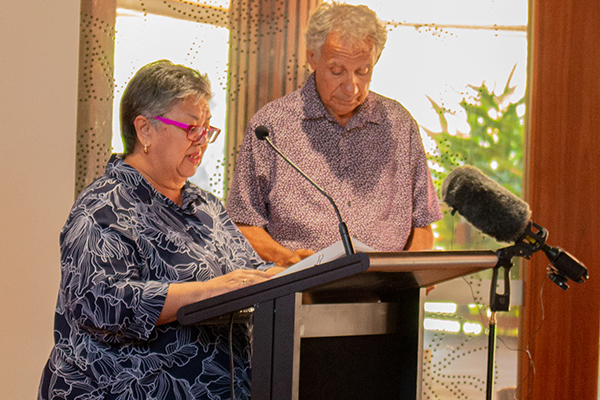 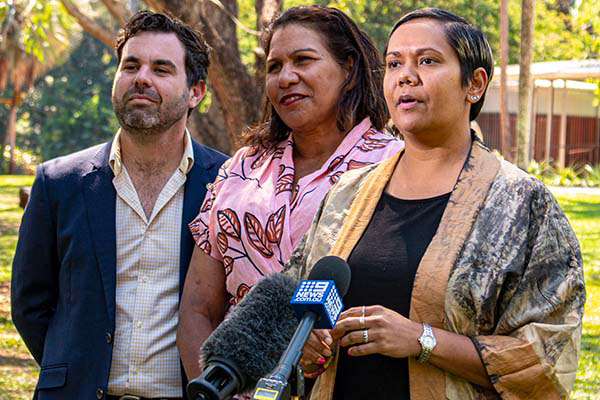 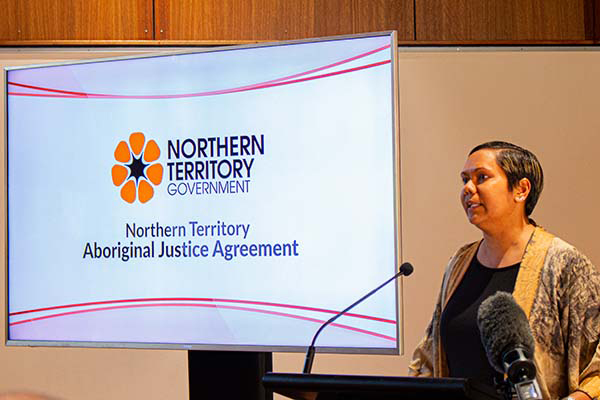 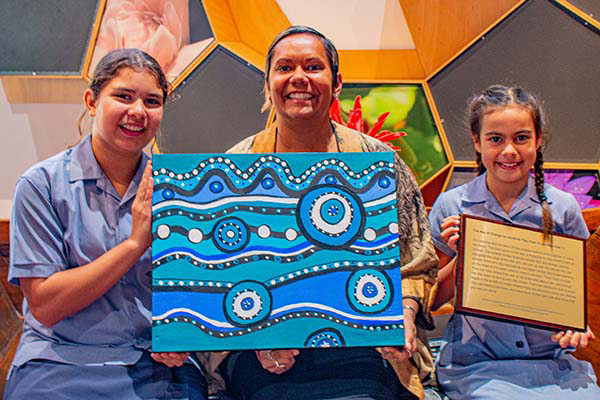 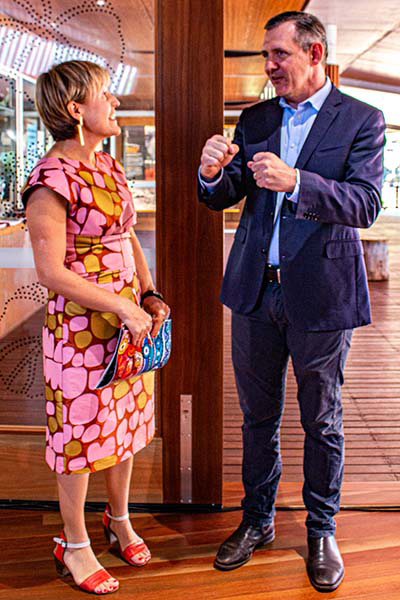